Posts from the ‘Atlanta’ Category

We made a quick trip this past weekend to see friends in Atlanta and we were able to try a few new places that we wanted to tell you about.  The food scene in Atlanta is expanding at a rapid rate and there are many more places that have still yet to visit.  These are the ones that made the cut (and are also included on our Atlanta City Page).

The Optimist – fantastic upscale seafood restaurant and oyster bar from Chef/Owner Ford Fry with Executive Chef Adam Evans manning the helm.  The decor is a beautiful and creates an atmosphere that feels like a fish market-meets-warehouse-meets Grand Central station.  The main dining room is large and bustling and features more fish entrees.  They also have an attached Oyster Bar with more oyster options with a scaled down menu.  We loved the Florida grouper with smoked vidalia onion and horseradish broth as well as the Duckfat poached swordfish with pickled sweet peppers and crispy pancetta. The fish and chips featured a tasty but astonishingly large beer battered Haddock with shoestring chips. Wash it down with one of their signature cocktails or an Allagash White on tap.  The honey ice cream was a great way to end the evening.  This restaurant is receiving well deserved accolades.  If you are going for dinner plan to get a reservation in advance. 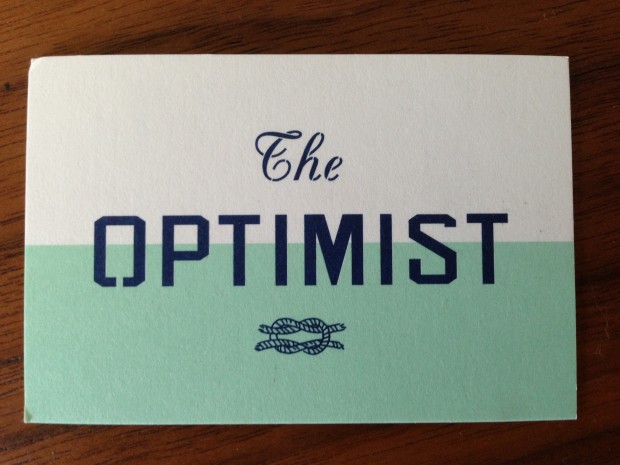 Gio’s Chicken Amalfitano – Chicken and pastas from the owner’s of Antico Pizza (and right next door). The roasted lemon chicken is tender and flavorful and the skin is crisp and savory (i.e. – nice and salty).  We loved the Diavola chicken with Calabrian peppers, garlic, fresh crushed pepper and olio picante.  The portions are generous and great for sharing several plates. Available for take out or dine in. 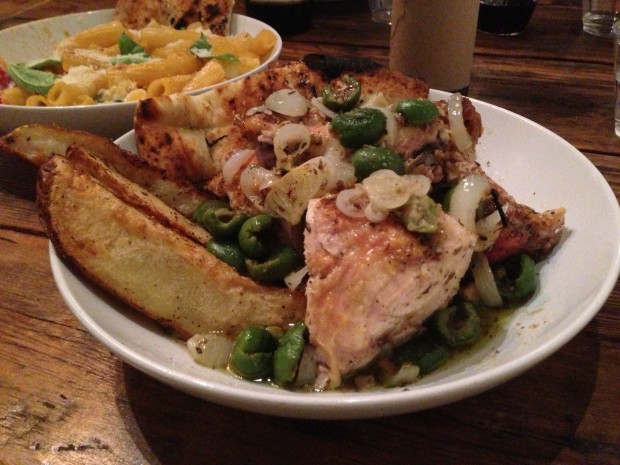 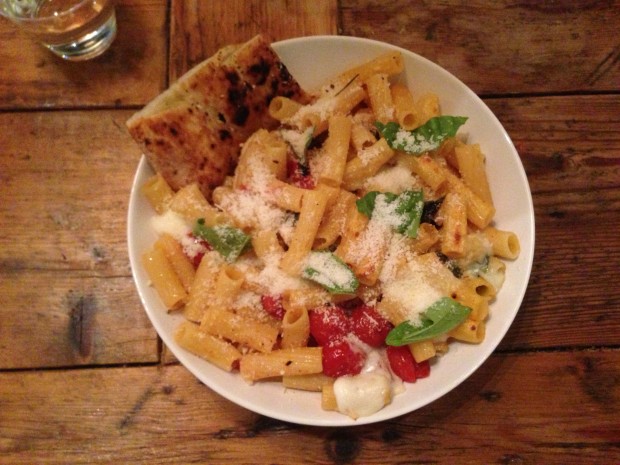 No. 246 – rustic Italian from Chef/Owner Ford Fry in Decatur featuring handmade pastas and wood fire grill utilizing local and seasonal ingredients.  The Porchetta sandwich is delicious and comes with its own roasting jus for dipping.  The spaghetti with Georgia shrimp and crisped bread crumbs was a standout as was the Paper Pilot cocktail (12 yr Elijah Craig with chili-infused Aperol and lemon). Open for lunch and dinner. 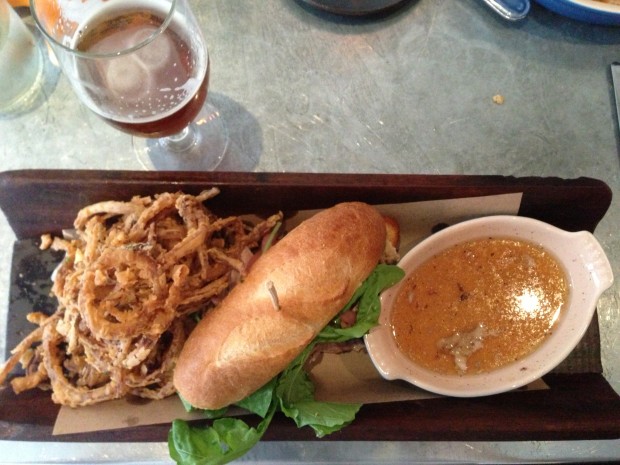 We have been so busy here in Nashville, that we have not traveled very much in the past two months! However, that does not mean that we haven’t been eating! Nashville has a couple new restaurants that we can’t wait to share as well as some that we have just now experienced ourselves. We got around to visiting Atlanta again in October and came back with some great recommendations. Our post from Austin and ACL is long overdue, but we are still happy to report on a few of the great places we tried!

The Mighty Cone – “We Don’t Say Fried… We Say Deep Saute” is the slogan on the side of this food trailer started as a way for the Hudson on the Bend team to bring their flavors to the crowds of the Austin City Limits Festival. The specialty of this trailer is crunchy chicken wrapped in a tortilla and served in a cone. Try the tasty Chicken-Avocado cone.

Walton’s Fancy and Staple – wonderful new endeavor on West 6th from Sandra Bullock and her team that is a combo coffee/sandwich/flower shop. The decor is beautifully rustic industrial and the sandwiches were quite good as well.

Royal Blue Grocery – new concept of the hip modern grocery/corner store with 3 locations in Downtown Austin with a small but well chosen selection of sandwiches, beer/wine, as well as bare necessities. 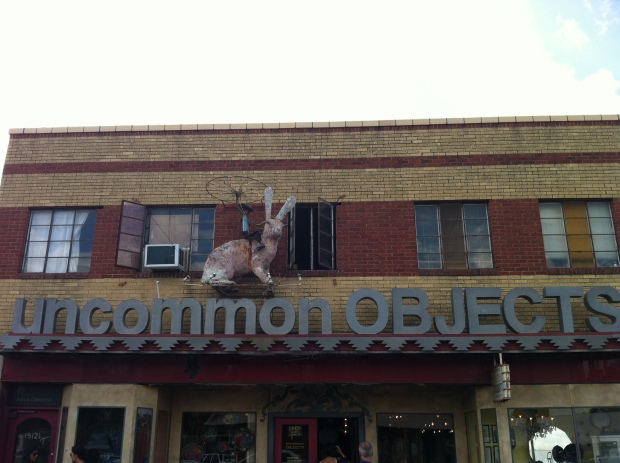 Odd Duck Farm to Trailer – food truck from Chef Bryce Gilmore with a rotating menu of critically acclaimed unique bites. The pork belly slider is fantastic and a constant on the menu. Open for dinner only.

Elizabeth Street Cafe – French street cafe serving Vietnamese food from the team that brought Perla’s and Lambert’s that due to open before 2012.  Look forward to giving their banh mi and Vietnamese drip coffee (with beans from Stumptown) a try.

Easy Tiger – this bake shop and beer garden on East 6th from 24Diner’s team should be opening by the end of 2011 and be open from morning to late night.

Holeman & Finch Public House – named by GQ as one of the Best Cocktail Bars in America. Famous for their burger which they only serve 24 a night at 10pm. If you want one you have to get there early and put your order in. May want to get a table seat if you can rather than squeeze into the crowded bar area. 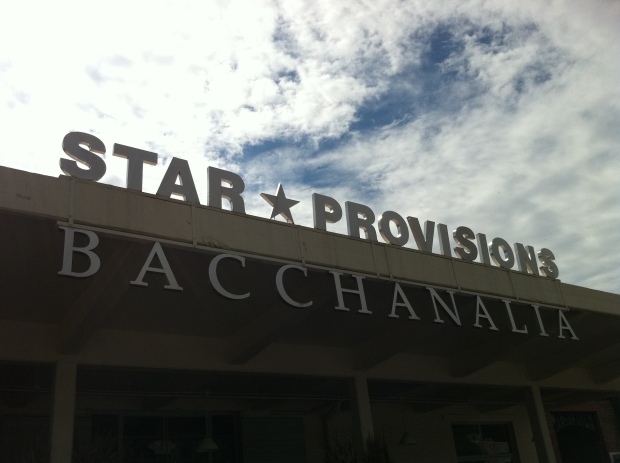 Taqueria del Sol – popular casual Mexican joint with a small selection of tasty tacos several sites in the Atlanta area. Give the Brisket and Carnitas tacos a try.

Antico Pizza – bring a bottle of wine (BYOB), step in, step up and order one of these fantastic pizzas and then head back and find a seat in the fun free-for all dining room and watch your pies getting made in several large ovens. The San Gennaro with salsiccia and sweet red peppers was amazing.

Sid Mashburn – excellent men’s clothing store (with a women’s store, Ann Mashburn next door) with it’s own line of high quality dress shirts, shoes and suits as well as a nice selection of clothes and goods from companies like Barbour and Filson. 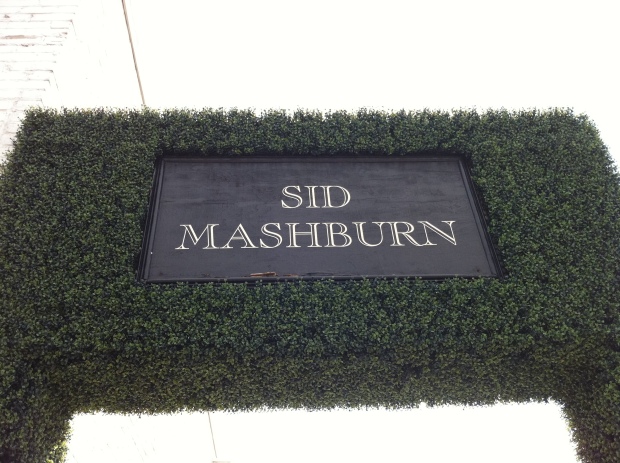 The Catbird Seat:  Instantly one of the best restaurants in Nashville, if not the entire South. There are just 30 seats in this small restaurant atop of The Patterson House where you interact with and watch the amazingly skilled Chefs Josh Habiger and Erik Anderson prepare your food around a U-shaped bar. The restaurant is owned by brothers Benjamin and Max Goldberg, who also own The Patterson House downstairs. There is no menu and the chefs prepare 7-8 courses often sourcing local ingredients in preparing their truly unique and delicious meals (one appetizer is dubbed “faux-reo” – dehydrated porcini mushrooms around a parmesan cream resembling an Oreo). Though it is not cheap ($100/person with $30 for drink pairing) – it is well worth it for the experience and truly award winning quality food. We’d be surprised if they aren’t nominated for James Beard awards in 2012. Reservations must be obtained from their website and plan ahead, we hear that they can be booked up for several months.

Mitchell Delicatessen – the only thing we didn’t like about this fantastic sandwich shop in the Riverside Village area was how long it took to get there (think East Nashville and then keep going). They use local ingredients like Benton’s Bacon and Silke’s Old World Breads to make one of the best B.L.T.’s we’ve tasted.  Their take on the Banh Mi was also great as were the prices (most sandwiches around $6).

Chuy’s – an Austin original known for it’s fun and unique take on Tex-Mex now has 2 spots in Nashville – one in Cool Springs and spot in Midtown that opened October 2011.  Eclectic decor is the rule with one room with hubcaps on the ceiling and another dedicated to cheesy Elvis memorabilia. Great food value with unlimited free chips and salsa. The creamy jalapeno is downright addictive. Their tortilla soup and chile relleno are some of their best dishes and the New Mexican Martini is their take on a margarita with a jalapeno infused tequila kick.

Tavern – upscale gastropub/sports bar in Midtown area with creative takes on bar food and cocktails. Though their drink list is notably short on both quality and quantity of beers, they have a good list of seasonally changing cocktails. The train station meets library decor (all with a hint of Restoration Hardware vibe) works well and makes it stand out from other sports bars in the area. Most everything they make is good but we’ve particulary enjoyed their nachos, Belgian fries, Hack of Chicken, Tavern burger and the Brown Bag Special (grilled bologna on white bread with yellow cheese). They also have a good weekend brunch menu. 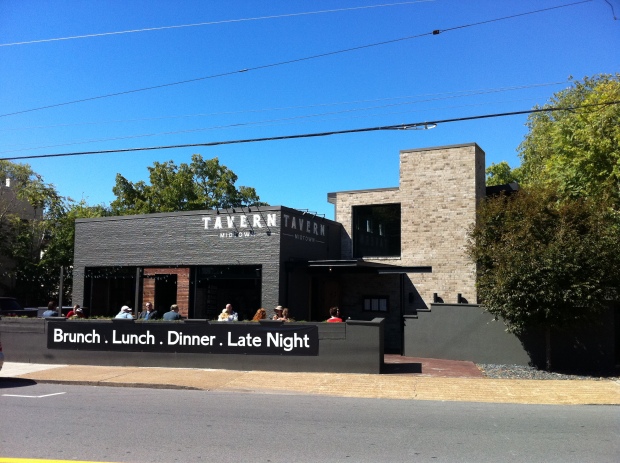